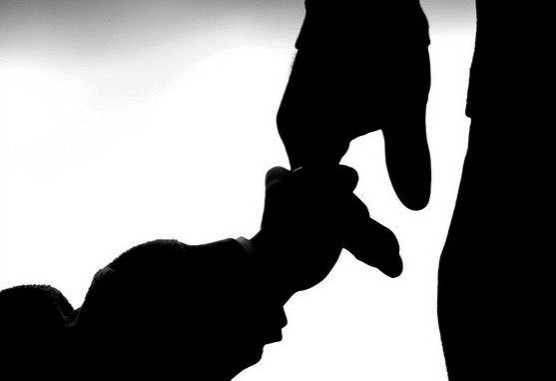 My Dad Is Stronger Than Yours

“My dad is stronger than yours!!”

Working in a three year old classroom, this statement really surprised me. I honestly would expect this kind of thing from school aged children. Thankfully, they were too young to become offended by such a pretentious claim.

Why do kids do that: brag that my dad is stronger than your dad? Glad you asked. I’m no psychologist, but I imagine it has a lot to do with feeling confident that your dad is able to keep you safe and secure. My dad and I raised rabbits, chickens, and a couple of turkeys when I was a kid. My sisters didn’t care so much about that, but I enjoyed it. At one point we had approximately twenty chickens, and ten plus rabbits. One year, something awful happened.

We woke one spring morning to find the violent carnage of torn, bloodied and scattered rabbit parts. The wire flooring of their cages had been ripped downward with surprising force. I remember my dad’s shock at the dog’s strength, as well as the fact that it didn’t want to eat what it had killed. He said when animals engage in this kind of frenzy, they are out for the thrill of the hunt: and he was concerned about a second attack on remaining survivors. He was right.

It happened during the day while my mother was home. She was a quiet woman, but don’t let that fool you: she wasn’t easily intimidated. She went outside to put a stop to this mayhem. One poor turkey helplessly flailed what remained of his body. Interestingly the dogs were no longer attracted to him: mission accomplished…damage done. The pack moved their malevolent focus to the rabbits again, when they suddenly stopped in their tracks. Something caught their attention: my mama!! Low menacing growls emerged as they bare their dreadful teeth; they slowly stepped closer to her. My mom grabbed the closest thing to her, and ushered her promise by the help of God to inflict maximum damage with the red brick in her hand. At that moment, this vicious pack reconsidered, and ran off into the woods.

My dad was afraid for her, and told her to never put herself in harm’s way again…told her an angel of the Lord had stood between her and those wild dogs that day. They would be back, he said. And he was going to be waiting. This pack attack had awakened my dad’s protective nature, and he was now going on the offense. He was about to ensure that the threat to my mother would never happen again: to her or to us. So he watched and waited: wee morning and late evening. He let me sit out there with him one night after supper. Needless to say, I was more than afraid, and rightfully so.

I expressed my fear to my dad, and his response to me is what God says to us: “You don’t have to be afraid: *I’m* here!” While *I* was helpless and powerless to stop an attack or defend myself,  my dad was more than capable to do that for me.  My dad was stronger than the looming danger! So it is with God….He is stronger than anything we could ever face!

God’s power to defend us is limitless! Not only that, but He wants to defend us, because we belong to Him! He fights for His sons and daughters! We get to brag, “My God is Stronger!!”

I could pepper this devotion with various supporting scriptures, but Psalm 91 sums it all up nicely. I am confident in God’s ability to be my Protector and Defender!

Psalm 91 (GNT)
God Our Protector
Whoever goes to the Lord for safety,
whoever remains under the protection of the Almighty,
2 can say to him,
“You are my defender and protector.
You are my God; in you I trust.”
3 He will keep you safe from all hidden dangers
and from all deadly diseases.
4 He will cover you with his wings;
you will be safe in his care;    his faithfulness will protect and defend you.
5 You need not fear any dangers at night
or sudden attacks during the day
6     or the plagues that strike in the dark
or the evils that kill in daylight.

7 A thousand may fall dead beside you,
ten thousand all around you,
but you will not be harmed.
8 You will look and see
how the wicked are punished.

9 You have made the Lord your[a] defender,
the Most High your protector,
10 and so no disaster will strike you,
no violence will come near your home.
11 God will put his angels in charge of you
to protect you wherever you go.
12 They will hold you up with their hands
to keep you from hurting your feet on the stones.
13 You will trample down lions and snakes,
fierce lions and poisonous snakes.

14 God says, “I will save those who love me
and will protect those who acknowledge me as Lord.
15 When they call to me, I will answer them;
when they are in trouble, I will be with them.
I will rescue them and honor them.
16 I will reward them with long life;
I will save them.”

3 thoughts on “My Dad Is Stronger Than Yours”